With behind the scenes photography from the two-year making of LANDLINE. showcased in the venue, House of Vans will also host a panel discussion in partnership with Kodak on the day of the event, featuring film director Tanner Pendleton, filmer Jake Price, and Vans global snow team riders Jake Kuzyk and Darrell Mathes. For a chance to hear from Vans, Kodak’s motion picture team, plus witness the new Kodak S8 camera, RSVP for the House of Vans workshop here! The official RSVP for the Denver World Premiere evening event can be found on HouseofVans.com.

Directed by the progressive filmmaker Tanner Pendleton, LANDLINE. is primarily shot on Kodak 16mm film and conveys a raw, behind the lens perspective of the Vans snowboard team as they travel the globe expressing their creative talents and eclectic personalities. Featuring full parts from Vans seasoned pros, rising stars, and bona fide pioneers of the sport, LANDLINE. embodies the true spirit and culture of modern snowboarding today.

House of Vans is slated to host a historic pop-up experience for the world premiere of LANDLINE. on January 25, at the Ogden Theater in Denver, Colorado. The night will include live music from featured LANDLINE. soundtrack artist Dinosaur Jr. and a DJ set by Sonic Youth’s very own Thurston Moore.

Here are the details for the Denver World Premier:

House of Vans will be hosting a pop-up event for the LANDLINE world premiere at the Ogden Theater on January 25, with doors opening at 8pm. RSVP’s for this free, public event are available at houseofvans.com. The night will include live music from featured LANDLINE. soundtrack artist Dinosaur Jr. and a DJ set by Sonic Youth’s very own Thurston Moore. Vans will also be hosting a discussion panel in partnership with Kodak at 6:15pm at the Ogden Theater, prior to the premiere that will feature LANDLINE. film director Tanner Pendleton, filmer Jake Price, head of Kodak Motion Picture, Steve Bellamy and Vans global snow team riders Jake Kuzyk and Darrell Mathes. 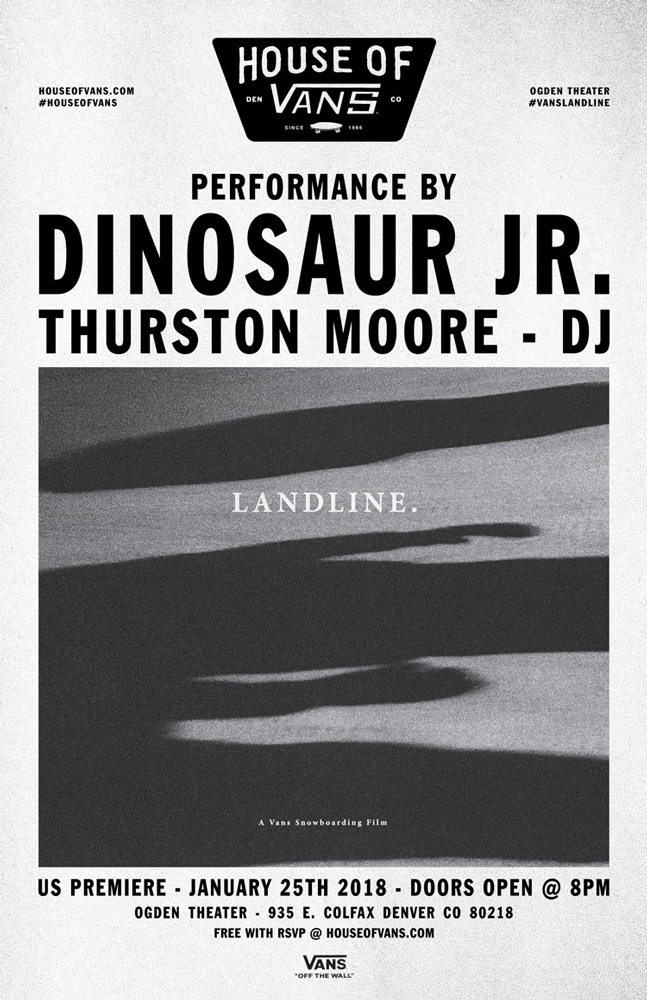 There will also be a first-ever screening at Copper Mountain during the On Snow Demo:

The LANDLINE. global tour will kick-off in Innsbruck, Austria and travel through Germany, Canada, United States, China and South Korea. Visit Vans.com/LANDLINE to learn more about the film, explore world premiere dates, locations, ticket information and to find a local premiere near you. Pre-order the LANDLINE. video on iTunes now! 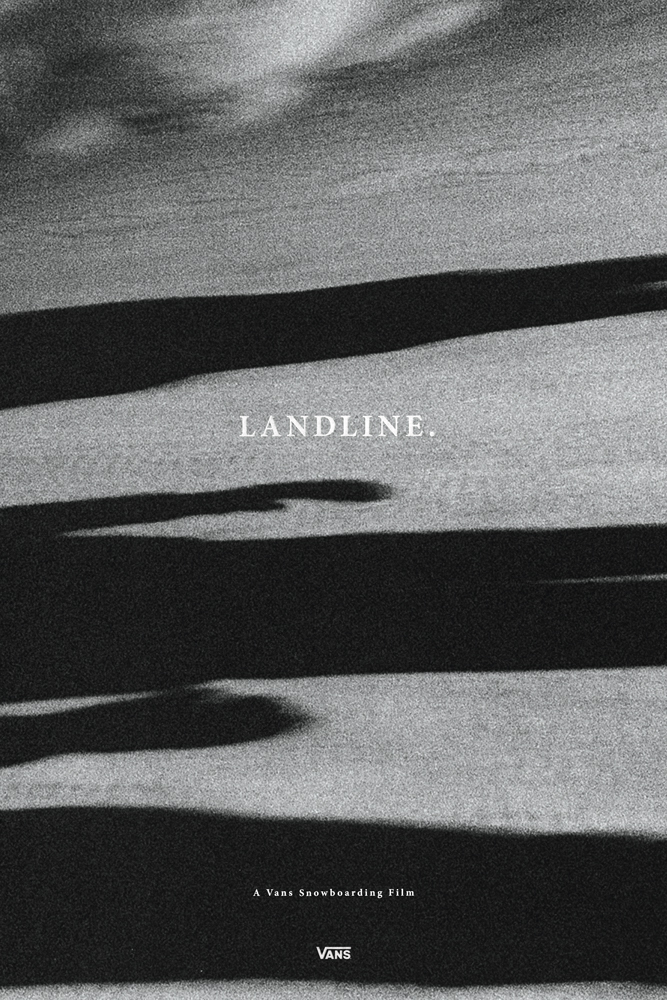 Vans, a VF Corporation (NYSE: VFC) brand, is the original action sports footwear, apparel and accessories brand. Vans authentic collections are sold globally in 84 countries through a network of subsidiaries, distributors and international offices. Vans also owns and operates more than 600 retail locations around the world. The Vans brand promotes the action sports lifestyle, youth culture and creative self-expression through the support of athletes, musicians and artists and through progressive events and platforms such as the Vans Park Series, Vans Triple Crown of Surfing, the Vans U.S. Open of Surfing, Vans Pool Party, Vans Custom Culture, Vans Warped Tour, and Vans’ cultural hub and international music venue, House of Vans.