A legend returned to Whistler today at the World Ski & Snowboard Festival (WSSF). The Saudan Couloir Ski Race Extreme presented by Kokanee was brought back to life after a 15-year hiatus, welcoming to the hill a roster of pros, Olympians, racers, and icons, and ushering in a new generation of champions. 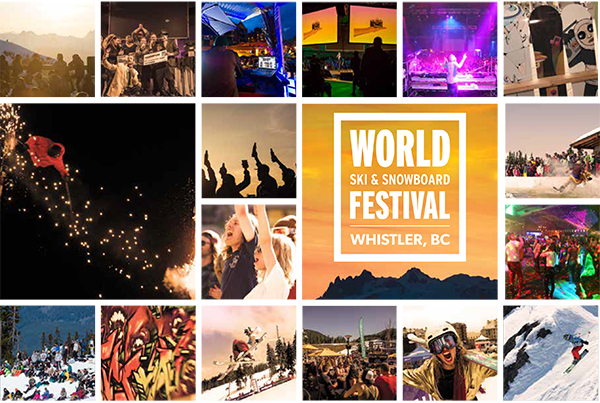 “I used to watch this race when I was a kid growing up here and I thought it was such a cool event but I was never old enough to race, so when they brought it back it was a no-brainer to enter it. It was so cool to have Sylvain at the top,” Rey said of rubbing shoulders with Sylvain Saudan, nicknamed the ‘skier of the impossible,’ for whom the double-black run at the start of the race is named. “Makes it that much more special.”

Saudan made the trip from his home in Chamonix, France to take in the race and and has spent the past five days amidst the WSSF festivities, shaking hands and signing autographs for hordes of fans, a group Marie-Pier Préfontaine is proud to call herself a part of.

“I met him before my race and then it was like ‘OK, let’s go!’” said Préfontaine.

The encounter may have been her lucky charm. She bested the Pro Women’s field, crossing the finish line in 2.24.46.

“That was the most fun race I’ve done, ever,” said the two-time Olympian. “I was most worried about the top part but it ended up being super fun. I could feel my legs still, so that was good. Then the bottom…my legs were dead. I’ve never had that bad of a leg burn at the bottom.”

Billed as the steepest ski race in the world, the 41 gates of the course descend 638 meters, at times at a 42 degree angle, over 3300 meters from the top of the Saudan Couloir to the bottom of Jersey Cream on Blackcomb Mountain.

Rey certainly was not alone in his pain. Spectators were treated to a symphony of groans and primal screams as the 159 competitors made their way through the final gates. Rey, a Whistler local and former member of the BC Ski Team, now known more for backflips than gate busting, said he entered the pain cave right after exiting the Couloir.

“That last pitch was pretty tough on the old legs, but a couple more left/rights and you’re at the finish line.”

While the gnarliness of the top section is what the event is renowned and named for, it was those last few gates that may have been the deciding factor in today’s race. Looking like he might be set to challenge Rey’s time, Olympian Robbie Dixon (CAN) came storming toward the line, only to blow out in a full yard sale three gates from the finish.

“I guess I’ve still got the heat but my legs and my belly can’t keep up apparently,” said Dixon, laughing. “I just let ‘em go a little too much at the end there. It’s pretty soft and unfortunately I blew a shoe and tomahawked. I guess I’ll have to come back next year and try again.”

Just one second behind Rey, Jordy Norris (CAN) clocked a 2.17.30 claiming the second step on the podium, while Hayden Sidey-Phillips (CAN) rounded things out with a final time of 2.21.43.

Saudan was far from the only legend on the mountain today. Those familiar with Couloir lore would have recognized the name attached to the number 28 bib on today’s start list. Chris Winter (CAN) will forever be a part of the story of the race. 24 years ago he started his race run with a backflip off the cornice at the start.

“Interestingly, my wife, who was a 15-year-old at the time, she was watching that day. Obviously I didn’t know her then, but I met her years later,” said Winter. “Today, my kids are up there, my wife and my parents, so that was the highlight for me to be up there with them.”

Tonight, rounding out the fifth day of WSSF action, it’s the snowboarders’ time to shine. The Monster Energy Boarderstyle World Championships takes to the Terrain Park Snowcross course on Blackcomb Mountain this afternoon. The event is the final contest in a four-stop tour.

Following Boardercross, the Snowboard Big Air takes centre stage in skiers plaza at 7:15 p.m. The action will also be broadcast LIVE to the world on King Snow & WSSF’s Facebook page and on the web: live.wssf.com.

Click here for the full results from the Saudan Couloir Ski Race Extreme.

WSSF is North America’s largest festival of snow sports, music, arts, and mountain culture, April 10-15, 2018. Get fired up for the return of the Saudan Couloir Ski Race Extreme presented by Kokanee and the finals of the Monster Energy Boarderstyle World Championships. Soak in the best of winter culture at the Olympus 72hr Filmmaker Showdown, Olympus Pro Photographer Showdown, MULTIPLICITY, ART+Soul, and Intersection. Get loud alongside DJs spinning as hard as the athletes are sending it in the Ski and Snowboard Big Air competitions, keep the party going through après sessions at Whistler’s renowned restaurants and bars, then go out with a bang at Mountain Magic presents The END, the famed final send off to WSSF.