It’s May. We just came out of another lackluster winter with snowpack recordings as of April being less than 25 percent of normal in the Western U.S.

According to NASA, 17 of the 18 warmest years in the 136-year record all have occurred since 2001. And a 2017 study on climate change’s affects on snowsports predicts that most resorts will see significantly reduced season lengths in the coming decades– over 50 percent of resorts by 2050 and 80 percent by 2090 in some regions.

With resorts now mostly closed, and as the last remnants of spring corn snow melt into the watershed, you may be feeling a bit lost and asking yourself, “Now what?”

While dreams of jet setting to the southern hemisphere to chase winter like the pros is largely unrealistic for the average skier or rider, the fact that burning jet fuel directly contributes to the climate change is also a conundrum for many. 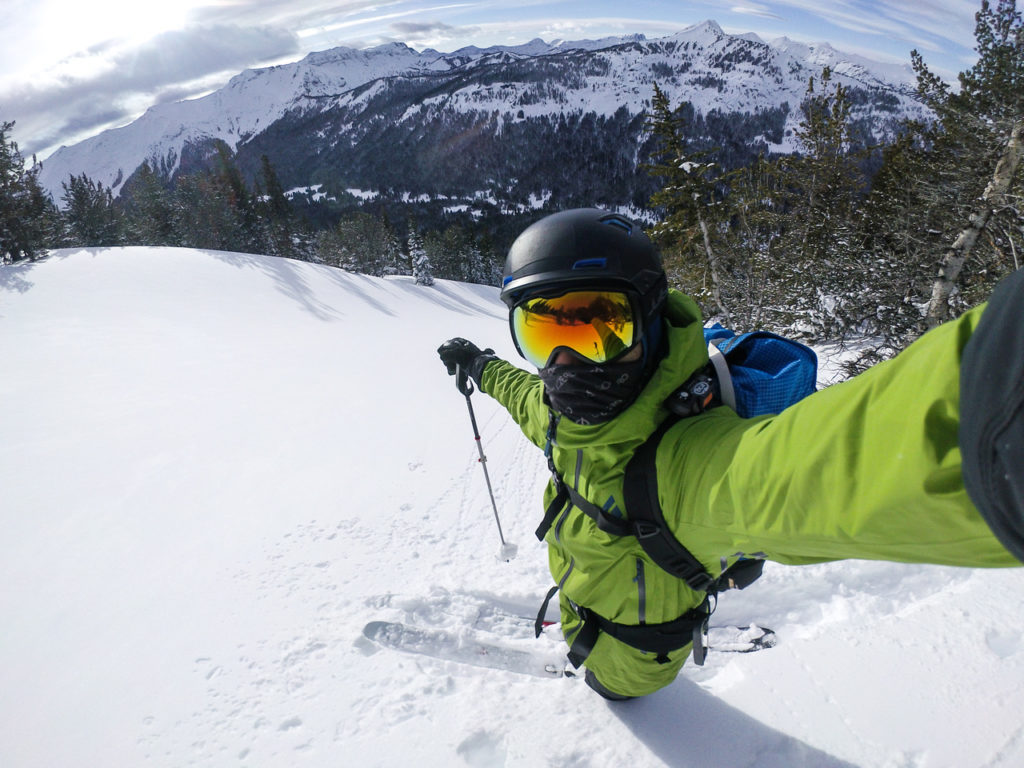 Skier Brody Leven is just one professional snowsports athlete that is feeling the heat, and this month, Leven travelled to Washington D.C. to lobby for Climb The Hill with The Access Fund and The American Alpine Club, meeting with policy makers regarding climate change, public lands and outdoor recreation. Leven, along with other heavy hitting athletes involved with climate change (including Caroline Gleich and Alex Honnold), will trade his skis for a suit in just one of the productive ways pro athletes are now utilizing their time between seasons.

We spoke to some of the top snowboarders, skiers and trainers in the industry about how they use this growing window of time to rebuild for next season and take a stand for the future of winters.

For cardio, Snowboarder Kimmy Fasani reminds athletes not to lose sight of the incredible terrain they still have at their disposal, sans snow. “My advice for recreational skiers/snowboarders is to take advantage of all that the mountains have to offer in the off season. I love trail running and rock climbing because it allows me to stay fit but also gives me a chance to see the terrain I ride in the winter from a different perspective,” Fasani said. “Becoming familiar with the terrain makes me more in tune with how to approach the mountains in the winter. Plus these activities, as well as biking, allow me to use a lot of different muscle groups so I feel strong and prepared for winter when the season hits.”

Mountain trails are also an ideal place to make cardio and strength gains without ever stepping foot inside the dreaded gym. “I’ve found trail running with lots of vertical up and down to complement leg-powered skiing very well,” added Leven. “I seek a well-rounded year-round fitness that, if I’m dedicated enough, allows me to do almost anything I want in the outdoors.”

Rest and time away from the slopes is a huge component of training and making gains for next season. X-Games Half Pipe Gold Medalist (2017) Elena Hight makes a focused effort to do this each year.

“Usually by the time all my winter commitments are complete and I have a moment to rest, I crash! I try to spend at least a week or two resting and recovering from the season before I jump into off-season training and summer activities,” Hight said.

Olympic Half Pipe Silver Medalist (2006) Gretchen Bleiler backs her up: “When I was still competing, I definitely took a bit of time to rest in the off season because the winter was so intense and demanding.” Bottom line: don’t be afraid to take some time to chill and let your body heal from the season before you start working on summer strength gains.

Injuries are a fact of life for any athlete, and summer is prime time to address any lingering issues and take measures to prevent future ones. Hight uses a combination of approaches to do this.

“I believe that committing to a routine that covers all the bases is the best way to feel prepared entering into the season, and stay healthy throughout it,” she says. “My focus is typically on strength, endurance and flexibility. If you have some sort of routine that incorporates all of these elements equally I believe that you will feel great all winter long.”

Listening to your own body, needs, goals and lifestyle is of utmost importance. Brad Jones (co-founder of B Project and Staff Physical Therapist for the U.S. Snowboard Half Pipe Team in the 2006 Torino Winter Olympics and 2010 Vancouver Winter Olympics) explains, “The most important tip I could give anyone is to find a healthcare professional that evaluates, and trains skiers/snowboarders regularly. Each person is unique and deserves the individual attention to maximize results. Do not waste time doing what works for someone else — find what works for you.”

Flow With The Seasons

Training, rest and fun may be the common theme for snowsport athletes in the off-season, but taking measures to deal with, combat and drive awareness for climate change is a year-round focus.

Fasani’s snowboarding objectives and daily activities are directly impacted by the shifting weather patterns… “Climate change is affecting my winter seasons by making storms more powerful, inconsistent, and the seasons are becoming shorter,” she says. “We have huge winters followed by drastically shorter winters, and warm patterns that are detrimental for the small mountain towns and resorts. If the winter season ends early, I am out in the mountains with my running shoes or climbing gear as soon as the snow melts.”

Jones has seen this directly affect the athletes he works with and has also adjusted his training programs to deal with this affect of climate change. “Snow drives the industry and creates the demand for the product people buy every year to enjoy it. The amount of winter not only affects the current year, but plans for the future,” he says. “I have seen a steady drop over recent years in the number of athletes under each sponsor. Budgets and timelines do not allow for anything but a quick return to sport. This demand makes the choices for strength training progression even more crucial in providing only usable tools for success.”

Bleiler encourages others to take a more active stand with this threat to the planet and winter sports. “Climate change is definitely changing our winters with warmer, shorter winters with less snowpack overall. But that then carries over into our summer too with hotter, drier summers with more forest fires,” she explains. “The balance and consistency that I remember is becoming more extreme. If you feel the same way and want to get involved with doing something about it, then consider joining Protect Our Winters at protectourwinters.org.”

In this era of snowsports, your next season, and all future seasons, are directly affected by how you choose to spend the time between the first and last snowstorm of the year. Whether it’s hitting the bike park, rehabbing that knee injury, or writing a letter to congress about climate change — make your off-season count.

–Contributor Morgan Sjogren writes about human powered outdoor adventures from her home on the road. While her favorite winter sport is running in a few inches of fresh pow she is game for anything—from backcountry skiing and ice climbing to alpine ice skating.

SIA is the winter industry’s non-profit trade association, supporting its members through insightful research, education and events, while advocating for issues that impact the future of the industry. We’re United By Winter, Join Us.

Our partners gain unique access to the outdoor community through sponsorships.