If you recently questioned the deterioration of snowboarding’s popularity, rest assured: The sport’s decline is debunked by evidence of a growth spurt.

Last season, the number of youth snowboarders increased by 6 percent compared to the year prior, according to the 2017 “Participation Study,” published by SnowSports Industries America (SIA) and the Physical Activity Council.

Snowboarders ages 17 and under now comprise 34.3 percent of the total population of riders in the U.S.

In another win, the number of youth female shredders grew notably from 792K to 846K.

The sport’s spike amongst youngsters is supported by youth-centric programs, beginner-friendly advancements in equipment and resort features, and the inspiration of professional athletes keyed into social media.

“We have seen our snowboarder numbers increase over the past few years, leading to more demand than we can accommodate,” said Heidi Emery, Founder and Director of Blue Angel Snow Ski and Snowboard Camps for Kids, which offers two annual five-day comprehensive coaching programs at Mountain High Ski Resort and Sierra-at-Tahoe, led by professional instructors, for kids ages 7 to sixteen.

Emery attributed the upswing in youth snowboarders to the popularity of the sport in general, which has been invigorated by competitions such as the Olympics and the X Games, as well as continued influence from crossover sports such as surfing, skateboarding, and skiing.

“We have also seen an increase in female participation, which I believe is because female athletes in snowboarding are becoming household names, such as Jamie Anderson and Lindsey Jacobellis,” said Emery. 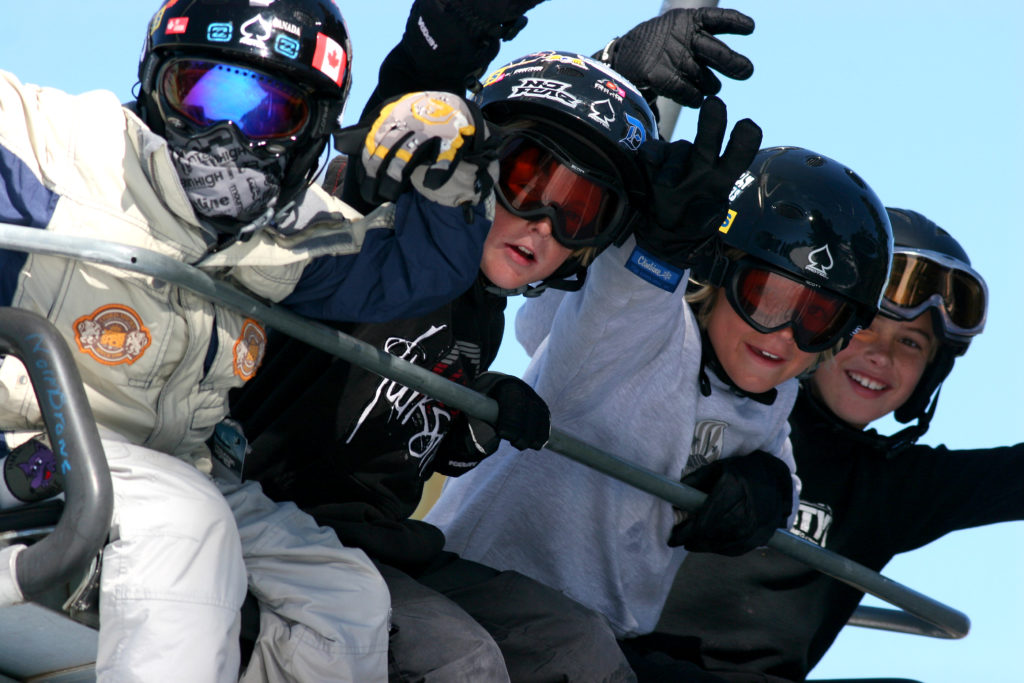 Another program making a major difference is the Learn to Ski & Snowboard/Bring a Friend initiative, the largest of its kind in the industry, launched in 2009. “Since its inception, Learn to Ski and Snowboard/Bring a Friend initiative resort partners have provided nearly one million beginner lessons to children and adults. Industry research (RRC) indicates that the medium spend per day at a resort is $60, so that means a $60 million dollar infusion for the industry, even if those newcomers don’t return,” said executive director Mary Jo Tarallo. “Conversion is so important because that number would be even higher if more people return again and again. The beauty part of the program is that it is a bottom-up approach to generating newcomers so each resort partner can play on its own strengths.”

Grassroots efforts to progress the sport seem to have made an impact, too. For two decades, Burton and the American Association of Snowboard Instructors (AASI) have partnered to encourage snowboarding’s growth. Earlier this season, the duo launched a social media campaign to raise awareness that kids can start snowboarding at age three. Children are able to ride at a younger age than previously thought, due to several progressive factors: Instruction methods have improved, gear is designed specifically for children, and resorts have tools such as limbo bars, which help the kiddos learn foundational body movements for the activity, reported SIA.

Last year’s uptick in the snowboard population was likewise reflected by the NSAA 2016/17 National Demographic Report, which acknowledged that the decline in snowboarding participation over the past decade was corroborated by the Kottke National End of Season Survey, which is based on operator estimates of snowboarding visitation.

“It is a bit early this season to understand snowboarding’s evolution in 2017/18, but it definitely seems as if the Olympics have been energizing for the sport. What impacts that attention will create is yet to be determined, but overall it seems to be a strong positive,” said Nate Fristoe, Director of Operations at RRC Associates, the consumer intelligence and strategic market research firm that partnered with the NSAA to publish the report.

Gold medalist Red Gerard, 17, landed a breakthrough performance in men’s slopestyle and became the youngest snowboarder to be named an Olympic champion. In 2016, half pipe competitor Chloe Kim was the first female athlete to land back-to-back 1080s in an international competition at 15 years old. At this year’s Olympics, she emerged as the first woman to perform the trick in the Olympics and the youngest woman to win the Olympic halfpipe. Jamie Anderson stood as a two-time Olympic champion in slopestyle and made history as the first woman to win two Olympic gold medals in the snowboard category. Icon Shaun White—who hit 1M Instagram followers during the Olympics—landed a historic third gold medal in halfpipe and the 100th overall at a Winter Games for Team USA.

Snowboarding is strongly associated with a moderately young start age: 25 to 29 percent of riders who start snowboarding between age 6 to 30 continue to snowboard, according to the NSAA report. Comparatively, participants who jump into snowsports at ages 5 and under, or 31 and over, are most likely to be an alpine skier.

The retention rate of the kids at the Blue Angel Snow camps is nearly 100 percent, and the return rate hits an average of 70 percent, which is partially contingent on external factors such as weather.

“Our five-day coaching program gets kids to stick with learning the sport, and it works,” said Emery. The central competition of youngsters’ progression with snowboarding is other youth sports that require year-round participation, she explained. “After two seasons with us—10 full days and 60 hours of lessons—many participants are considered ‘lifers:’ they consider themselves skiers and snowboarders and will continue in the sport,” said Emery.

Blue Angels also educates families prior to campers hitting the slopes via orientation meetings and a Q&A session.

“I truly believe that the industry can increase its retention rate and continue to grow through feeder programs such as Blue Angels that offer consecutive, multiple experiences and provide a turnkey solution for parents to get kids on the slopes,” she said.