Colorado State Bill 21-200 Letter to the Senate President, Speaker of the House and Governor

When Colorado enacted the landmark Climate Action Plan in 2019, the state set substantial greenhouse-gas emissions goals to effectively address climate change. That law, HB 19-1261, committed Colorado to science-based targets for curbing those emissions: a 26% reduction by 2025, a 50% reduction by 2030, and a 90% reduction by 2050.

The visionary commitment that you and other state leaders helped shape and sign into law with HB 19-1261 placed Colorado at the forefront in the fight against climate change. For all of us who live and work in Colorado, our hopes were high in believing that finally, after decades of knowing about climate change with only minimal action, Colorado was taking its future into its own hands and charting a carbon emissions reduction path for other states to follow.

Unfortunately, it’s not clear if this vision will be realized. The release of the final version of the state’s Greenhouse Gas Pollution Reduction Roadmap in January came with an assertion that it sets the path and timing of specific rules and legislation to achieve emissions reductions. But little has been done to meet the goals set out in HB 19-1261, and the Roadmap lacks steps to guarantee real change.

Now, with the introduction of SB 21-200 this week in the Colorado Legislature, Colorado has an opportunity to ensure we have a clear and measurable path toward achieving those targets for reducing the fossil fuel emissions that drive climate change.

As companies whose future depends on swift action to address climate change, we urge you and other state lawmakers to act quickly and ambitiously to translate that Roadmap into reality, through approval of SB 21-200 this year.

Colorado’s outdoor industry generates $12.2 billion in consumer spending annually and contributes 149,000 direct jobs in the state. As representatives of this industry, we recognize that addressing climate change must be more than just a promise. It’s very real to us, and it deserves real action.

In the last 30 years, Colorado has seen average annual temperatures warm by 2 degrees, and spring snowmelt has shifted to as much as four weeks earlier, impacting Colorado’s ski season that drives over $5 billion in economic impact. This change also affects the gradual runoff and consistent stream flows that help generate over $19 billion in outdoor recreation revenue to Colorado annually. There is too much at stake in our state for half measures on climate change.

Our industry is intrinsically vulnerable to climate variability. Our businesses depend on a healthy ecosystem, and climate change is the major threat to our industry. Every inconsistent winter, unusually dry summer, and additional ton of greenhouse gas pollution in the atmosphere impacts our ability to grow our companies, hire new workers, and build a resilient future for our businesses that contribute so much to Colorado’s economy.

We understand that the challenge is formidable. Action needs to be commensurate with the challenge. We know what needs to be done, and we have the tools to do it. Science has clearly outlined our emissions targets, and if we act now, those targets are achievable. Renewable energy is cost-effective compared to fossils fuels, and utility companies including Colorado’s Xcel Energy have embraced a transition to 100% carbon-free electricity. But electricity generation is not the only source of greenhouse gas pollution in our state.  More needs to be done across our economy and in other sectors.

We have already committed to the goals; we now need your political will to lead the state to execute steps to achieve those targets. We request your support for SB 21-200. 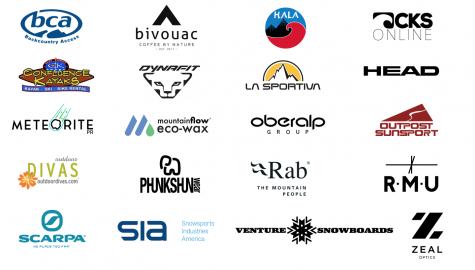