With what this iconic German ski maker is calling “next level engineering,” Volkl is introducing the next iteration of its favorite ski — the Mantra M5 and the Secret, the women’s version of the new Mantra — for the 2018-19 season .

This will be the fifth iteration of the Mantra, first breaking onto the scene in 2005 and becoming a best-seller globally for its high-end sportiness as an all-mountain freeride ski. The M5 is built on this success, says the brand, but its Bavarian engineers and product line managers used their imaginations and powers of persuasion over those who hold the purse strings to come up with an innovative new Titanal frame technology to give the new M5 dedicated precision through turns, carvability, as well as dampening and stability.

The Mantra has been Volkl’s flagship Allmountain Freeride ski for all conditions and all terrain, with a motto of “optimization in all areas,” and designers felt that they achieved their goals of creating a more agile, lighter and more adaptable Mantra in the M5 version and now the ladies version, the Secret. 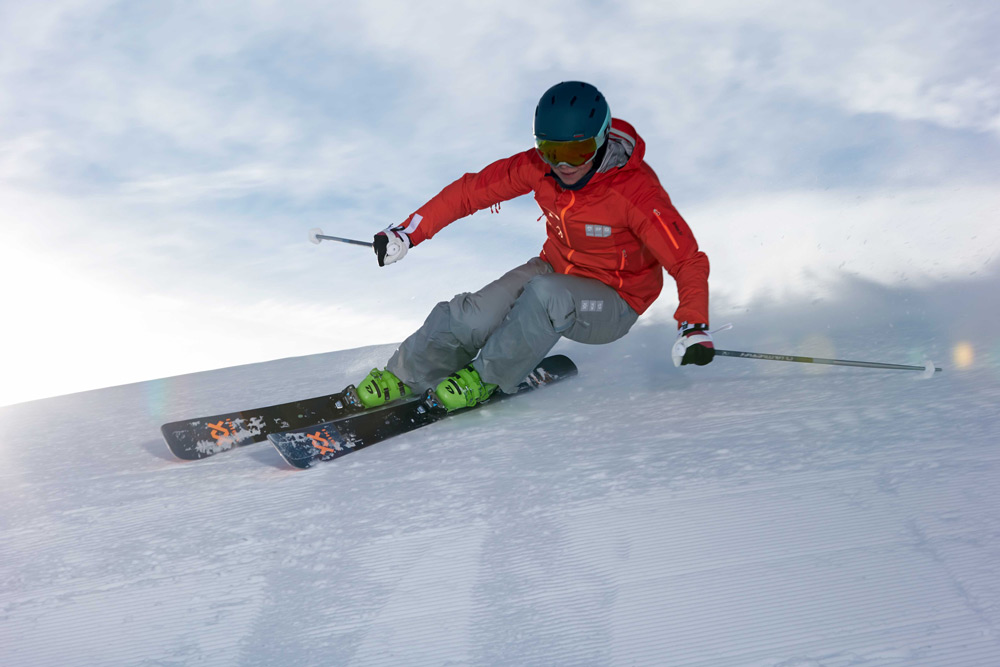 Volkl’s new, more complex manufacturing process concentrates Titanal sheets in varying thicknesses only where it is needed, and they opened up the factory in Straubing, Germany, to a crew of the world’s top ski journalists to see how it is made. Under the sidewall along the ski’s shovel and tails the Titanal frame is 0.6 mm thick; in the binding zone, a thin second Titanal plate is just 0.3 mm, giving the skis the stiffness required to secure the binding screws with the reliability of a metal ski but with a softer waist, reduced weight and enhanced flex profile. Designers say this gives the new Mantra the benefits of a Titanal ski together with an unprecedented combo of liveliness and stability at high speeds. And we certainly found that to be an accurate description. The M5 also features carbon tips to further reduce weight and increase torsional stiffness; which also enhances agility and power transfer when initiating turns. The Mantra M5 also has redesigned tip and tail rocker for greater agility and “pop” between turns. 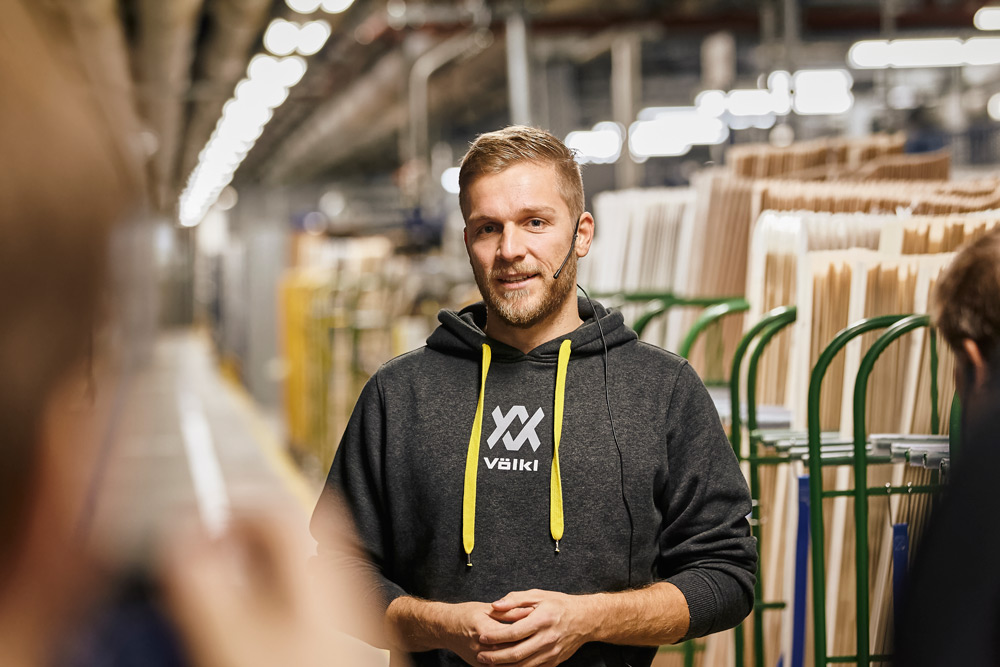 Volk has been focused on ski production for more than 90 years and designs and produces almost all of its products still in Germany, in one of the most modern and largest ski production facilities in the world. The company views the “Made in Germany” label as both an obligation to maintain the high caliber of its work and as a promise of quality and innovation to its customers. Before a product is released to market it undergoes a gauntlet of testing and optimization with roughly 2,000 hand-made prototypes. 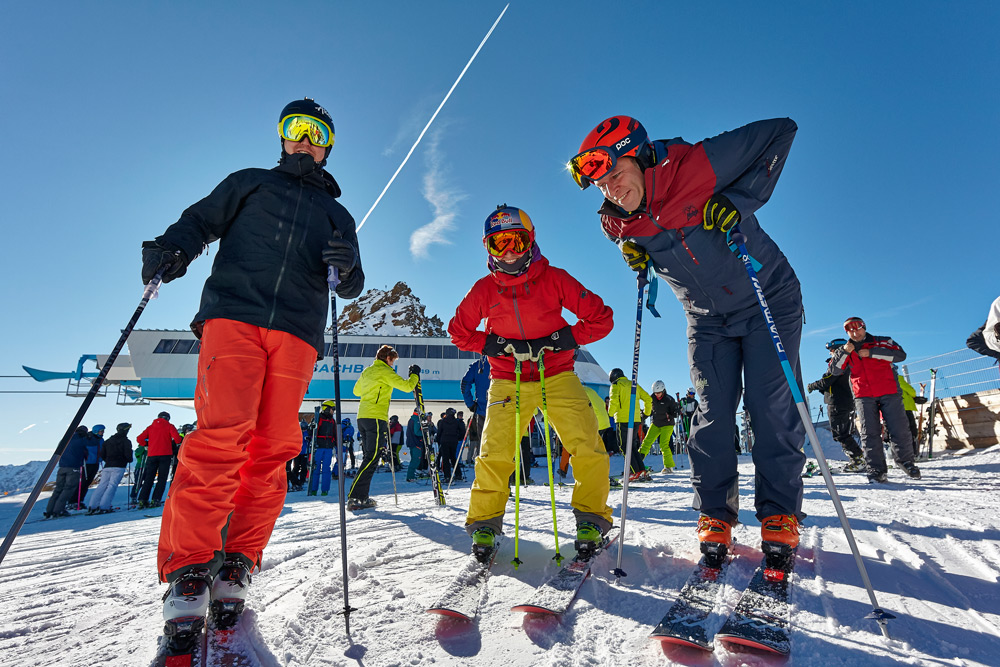 Volkl says that its commitment to winter sports extends far beyond the racing season. For the past few years Volkl has supported the Afghan Ski Challenge, a race that has come to be viewed as a point of national pride in that nation. The company is also involved in a crowd funding project to allow Afghani athletes to take part in the Winter Olympics for the first time in 2018.

For years, Volkl has been opening its doors on Girls’ Day in Germany, inviting grades five and up to visit its production facility and learn about training in technical fields.

Since 2017, Marker, Dalbello and Volkl have increased joint appearances as MDV Sports and emphasized the unity of their alliance. The complete rebranding was concluded with the relaunch of each brand’s website in early 2017.

–Aaron Bible is SIA’s content manager and a regular contributor covering the ski, outdoor and bike industry for publications including Elevation Outdoors, Men’s Health, Backpacker, Outdoor Insights and many more. Follow his adventures in Colorado and around the world on Instagram @ahbible.