Story in partnership with:

We talk to Ben Johns about what winter gear is selling, what the pandemic has been like for REI given the extraordinary demand for outdoor equipment, and the new, innovative digital tools REI has added to serve customers. 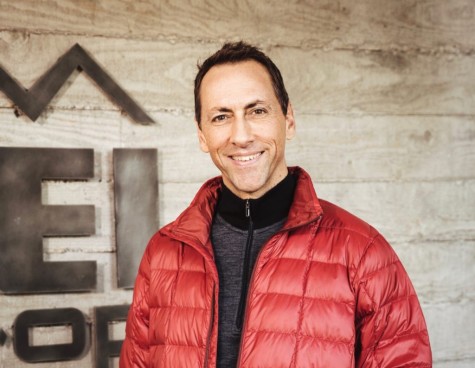 After hearing about brisk early sales in some winter equipment categories at REI, SES followed up with Ben Johns, REI General Merchandising Manager for Action Sports.

We wanted to find out more, not only about what winter gear is selling, but also about what the pandemic has been like for REI given the extraordinary demand so many outdoor equipment retailers have seen.

Ben also shared some innovative new digital tools the company has implemented during the crisis, including video meetings with customers where REI experts help them select gear for different adventures and sports.

The Speed and Scale Surprise

The biggest surprise during the entire crisis is just how fast the demand grew in certain categories, and the magnitude of the demand, Ben said.

The REI buying team first saw this phenomenon in the bicycle category in late April.

“It was such an extraordinary arc of demand that occurred, it had a significant impact on the supply chain,” Ben said. “We’ve seen an extraordinary capacity to sell through product at higher rates than we’ve ever experienced. So even though we are low on inventory, what we have sells and we’ve been able to maintain some of those crazy trends.”

The next hot category was watercraft. Then car racks related to those products.

Then about mid-summer, the camp category revved up.

“Camp just went berserk, and it really hasn’t backed off,” he said.

Cargo boxes then got hot as people were packing up for road trips.

“It was pretty clear that folks were traveling pretty close to home and wanted to get outside,” he said.

Then Ben saw SIA research in the summer that showed a surge in plans for snow activities like snowshoeing and cross country skiing that can be done outside of the ski lift environment.

“It was pretty clear that non-lift assisted product was going to pop,” he said. “And that’s really what we are seeing now from a snow standpoint – this next wave is those specific products.”

“It started in August and it’s held up since then,” Ben said. “We’ve not seen a decline. And that’s snowshoes, cross country skis, products for backcountry skiing and snowboarding.”

“Splitboards are almost gone at this point, honestly,” he added.

“With snowshoes, we’ve gone back to the well many times,” Ben said. “We have extraordinarily more than we’ve had historically.”

At some point, Ben expects the snowshoe supply chain to become difficult if the pace continues just as it has in other categories during the pandemic.

When it comes to a resort environment, it’s unclear how participation will shake out. Capacity limits will definitely mean fewer people on the hill during weekends. However, some of that activity may shift to weekdays given the work-from-home dynamic.

Given the uncertainty around the traditional lift landscape, REI has tried to position itself in those categories so that if demand came in at last year’s levels, REI would be able to service it, Ben said.

There’s one very interesting sales trend on goods for a resort environment:  The more expensive product is selling better than moderately-priced product.

For example, a mid-priced goggle is typically REI’s best seller in that category. Now, a high-end goggle is the top seller so far, Ben said.

“That’s signaling the more dedicated customer is shopping,” he said.

That could relate to resorts prioritizing pass holders over individual lift ticket buyers.  Also, some committed skiers and riders who are not tethered to offices and schools are spending the winter at the mountains.

The other thing that has surprised Ben the most during the pandemic is how quickly customers have adapted to buying equipment digitally.

He gave the example of indoor cycling trainers, which have seen “phenomenal” demand during the pandemic.

“Since this thing started, 97% of the bike trainers have been transacted digitally,” he said. Many are ordering online and picking up in-store, and many others are having trainers shipped directly to their homes.

Ben stressed that REI overall, of course, does not have that high of a percentage on online sales. Still, the speed in which the channel shift has happened has been incredible, he said.

While REI had a pretty robust digital operation before the pandemic, it still had to build some infrastructure. In cycling, for example, customers could always buy online and pick up in store. But that business was not set up to ship to consumers directly.

REI had to work with vendors to get permission to do that, and then put the infrastructure in place to make it happen.

The company has also added new features such as virtual outfitting, where customers can make a video appointment with an REI expert to go over gear needs, fitting advice and more.

Appointments range from 30 to 60 minutes depending on the sport. Activities and gear topics include camping, climbing, cycling, hiking, running, car racks, cross country and snowshoes, paddling, and skiing and snowboarding.

REI has also created videos on topics such as how to assemble your bike, how to change a flat and other topics, some of which REI used to cover during in-store classes.

The big question for many in the outdoor and action sports industries is if whether this surge in participation is sticky. I asked Ben if he thought it could have a lasting impact on the outdoor industry.

“Absolutely,” he said. “The value that comes to a human being from having a connection to the outdoors is undeniable. I think that’s why we are seeing such strong demand.”

“There will probably be some attrition of folks at some point. However, one of the things we talked about internally early on is about the time it takes for a human habit to form. Well, it’s been much longer than that now.”

For Ben’s buying team, this year has been a wild ride – from cancelling a lot of orders in the beginning of the pandemic when uncertainty reigned, to seeing extraordinary demand in many products and chasing inventory.

“It’s has been a year with a lot of pride in the way that REI operates,” he said. “I think it has been a real litmus test about who we are as an organization and the industries that we operate in – outdoor, cycle, snow and water.”

Ben knows the cancellations and reforecasting were not easy for the brands, and he said REI strove to handle those decisions with care and while working closely with vendor partners.

He believes that REI needs to remain healthy, and the brands do as well.

“A healthy specialty outdoor market is first dependent on healthy specialty brands and having them in a place where they can continue as soon as practical to invest resources in new product and innovation, which is going to inspire people.”