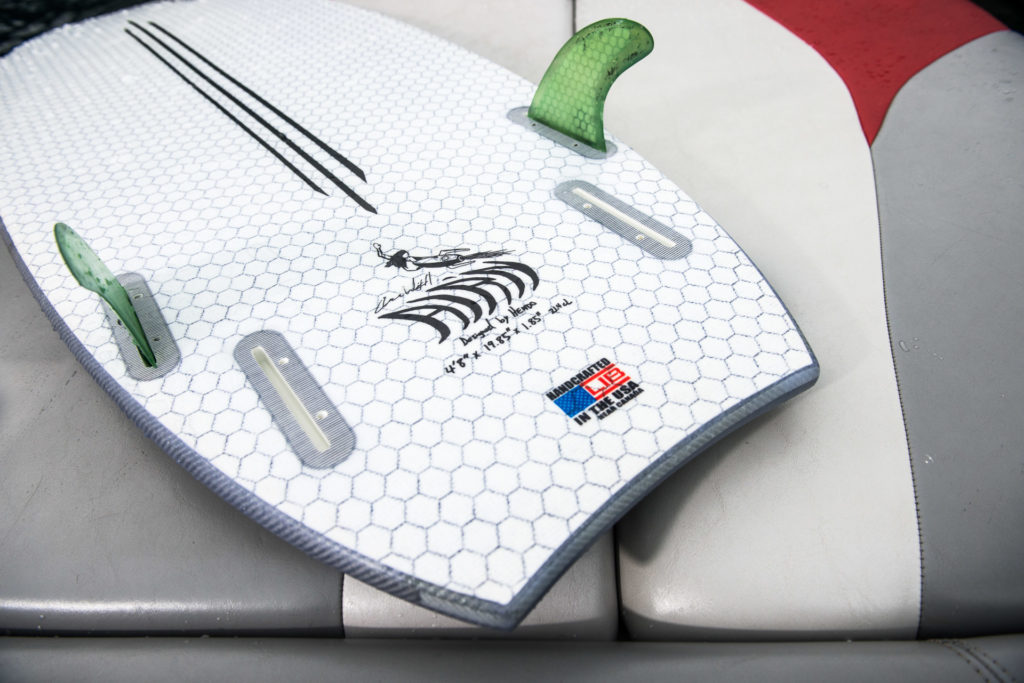 As lifelong surfers, snowboarders, skiers and skaters, Lib Tech founders Mike Olson and Pete Saari, along with the past and present Mervin Mfg crews, have created a legacy of fun times through technological gravity toys. Inspired all along by surfing and aerospace composites, Lib Tech surf was able to bring something completely revolutionary to the world of surfing with its proprietary eco-friendly, technologically tougher, zero-hazardous-waste producing Eco Iso constructed boards, made in Sequim, WA. 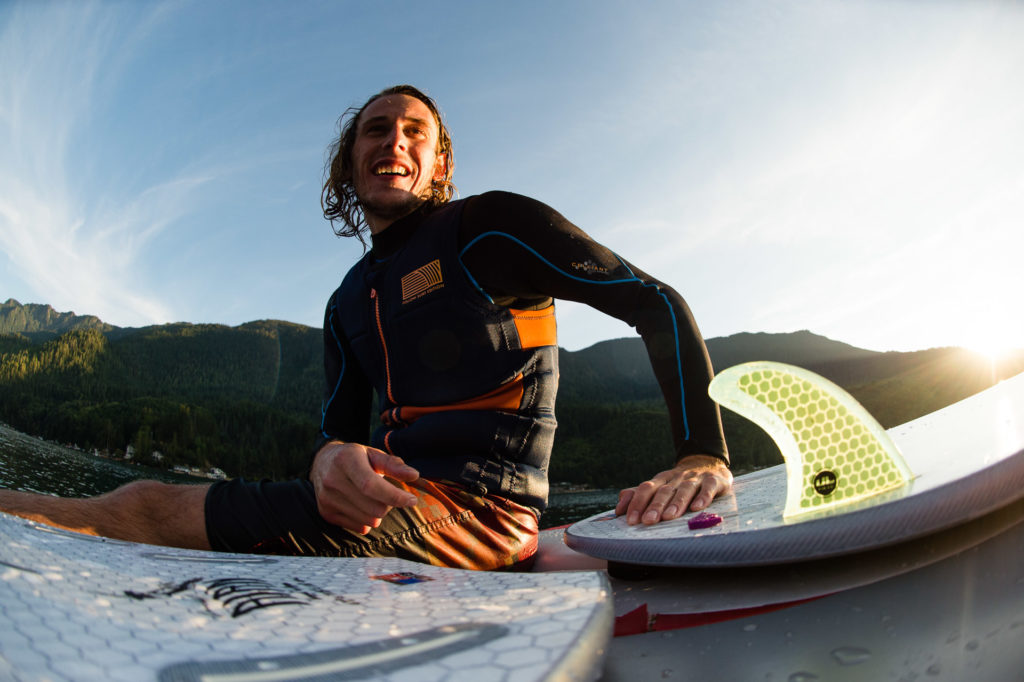 “Now we’re taking our state of the art tech to the lakes and rivers with our new wakesurf line,” the company said in a release. “Our entry in to the wakesurf category was a natural one and came about as all things Mervin do, in the search of a good friend’s dream board. In this case it was Mervin Mfg. craftsman and local boy gone global Aaron Witherell. Aaron grew up on a lake near Mervin and gravitated towards all sideways standing pursuits. He first started using Lib Tech Surf boards behind the boat years ago going as far as sawing off the tail of a much longer surf shape to get the pop and width he needed to push his freestyle wakesurf agenda.”

Mervin Manufacturing is a leading designer and manufacturer of snowboarding, surfing, skiing and skateboarding products, built at the world’s most environmental zero hazardous waste producing factory, by the people who ride them. Mervin Manufacturing was founded by snow/skate/surf enthusiasts Mike Olson and Pete Saari in 1977. In an industry where virtually every other company has moved production to China or offshore, Mervin says is the longest running and last major board factory in the USA. Based out of Sequim, Washington, on the Strait of Juan De Fuca between the rugged Olympic and Cascade Mountain Ranges, Mervin is a direct link between riding and manufacturing. 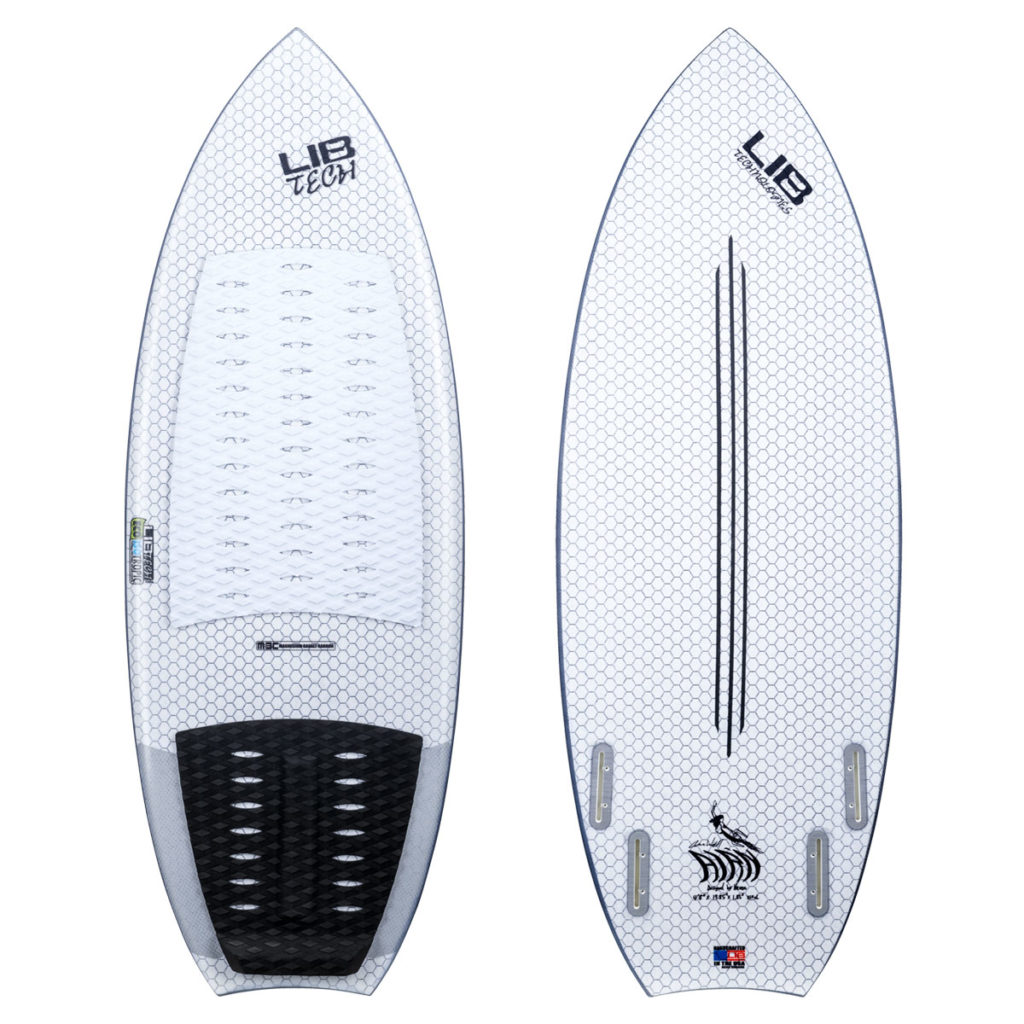 “In the years after those initial tests, Witherell kept pushing his skills, winning contests and working his way up in the International wakesurf scene. All the time he was building boards at Mervin scheming his dream design. Now it is our honor to bring that dream board to life as the all new Air’n Lib Tech Wakesurf model.

The “Air’n” is all about, you guessed it, air and progression, featuring a wide tail block for maximum pop and release off the lip; flat rocker and mellow concave for speed; a dynamic “up rail” entry rail design to keep the nose from poking in tight transitions; and a hard tucked edge through the tail create precision and control. 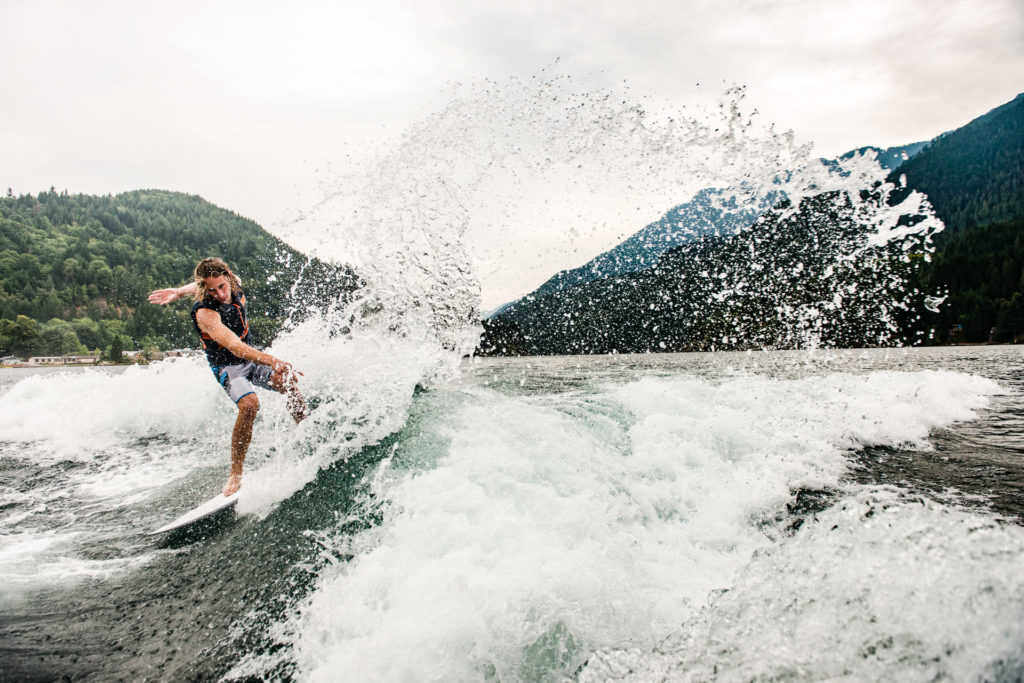 “This board is unbelievable. I never lack speed or pop and I don’t bury the nose. The durability of these boards is better than anything else you can find. Heel dings, and having to worry about dinging the board on the boat are a thing of the past,” said Witherell.

The “Air’n” is built with new Lib Tech MBC construction, blending the best characteristics of epoxy (durability and liveliness) with the best performance characteristics of polyester (flex and dampness). The addition of magnesium fiber improves the overall impact resistance and the carbon composite stringer exactly matches the flex of a new high performance polyester and holds it for the life of the board. The Air’n also comes with our RRIPS Lib Tech Wake Surf Fins.

The boys just have one question, “can we borrow your boat?”