Chloe Kim (USA) and Ayumu Hirano (JPN) earned the U.S. Open halfpipe titles at the 36th annual Burton U.S. Open Snowboarding Championships adding their names to the legendary list of winners. It was an incredible day of halfpipe riding as the field of 10 men and six women competed in Vail Mountain’s 22-foot halfpipe in a best of three-run finals format. 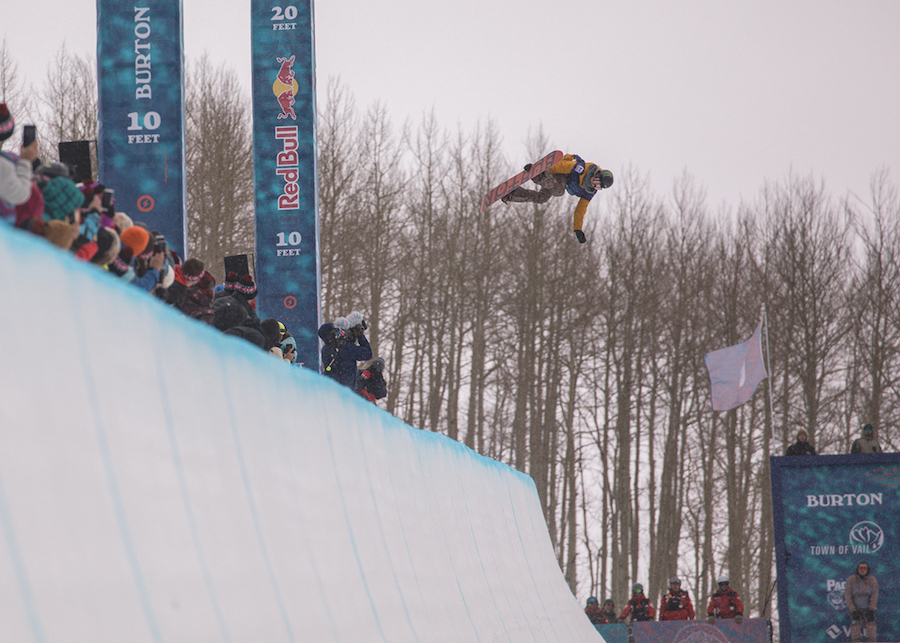 Ayumu says, “The Burton U.S. Open is one of the first international contests I’ve ever come to, so I have a lot of feelings toward this contest. And coming back from last year’s injury it’s definitely a big win for me here. I’m stoked.”

In the women’s field, Chloe Kim successfully defended her title for a third year in a row following her incredible gold medal win at the 2018 PyeongChang Winter Olympics. Kim kept the crowd on their toes, strategically revising her tricks to nail her final run linking up a huge backside air, into a frontside 1080 tail, switch frontside 720 Indy, frontside 900 tail, ending with a McTwist Indy for a top score of 85.87. 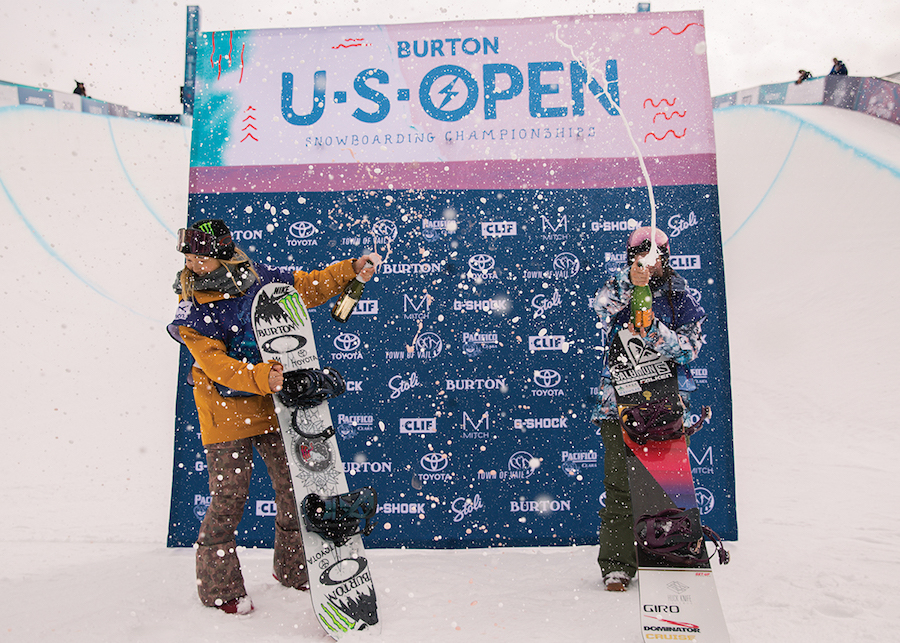 Kim says, “I feel like I was really pushing myself today. I had the best practice, landing solid back-to-back 10s. I was hoping I could put it down here in the contest, but I had to take a step back and play it a little safe.”

Coming off her huge win in PyeongChang and the ensuing media appearances, Kim was excited at the opportunity to defend her Burton U.S. Open title, she said, “I love this contest. There’s just so many smiles on everyone’s faces here. It’s always the most fun contest of the season.”

Maddie Mastro (USA) took second place with a score of 82.99, kicking off her run with a massive frontside 900 Indy, and Haruna Matsumoto (JPN) landed in third with a score of 78.25. Not only did Matsumoto land her first 1080 in competition today, she also takes the honor of becoming the first female Japanese rider to stand on the podium at the Burton U.S. Open.

Clif Bar awarded the Clif ‘Raise the Bar’ Awards rewarding creativity and style by spotlighting the best throwback trick in the halfpipe. Benjamin Ferguson (USA) won the men’s award with his Indy air-to-fakie on the first hit of the pipe. Kelly Clark (USA) won the award for the women with her stylish tuck knee frontside air. 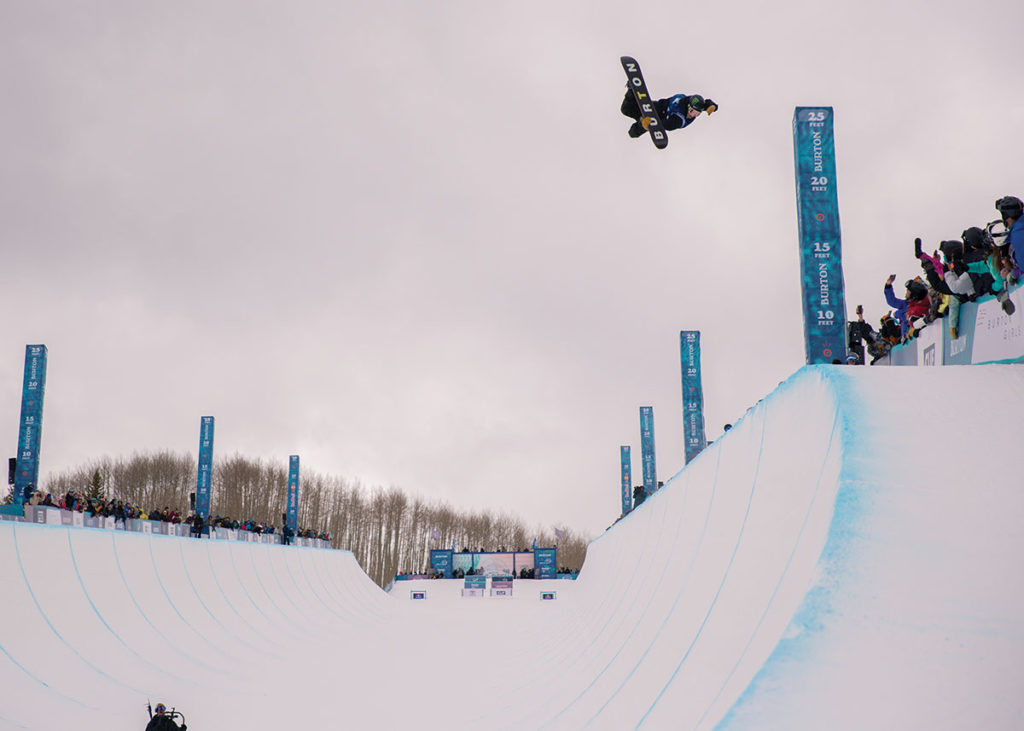 The night continues with the After Party at Dobson Ice Arena featuring DJ Hedspin, Deejay Theory and DJ Cre8 from 9:30pm – 1:00am MST. This event is free and open to the public. Tickets are available at the Burton Pop-Up store and flagship stores in Vail Village and Lionshead.

For details on all things U.S. Open, follow the hashtag #BurtonUSOpen and head to BurtonUSOpen.com for a full list of invited riders, nightly live music, product demos, Burton Girls happenings, Kids Learn To Ride opportunities, and the history of the longest-running snowboard event in the world.

About the Burton U.S. Open
The world’s best snowboarders will come together in Vail, Colorado from March 5–10, 2018 to partake in the longest running, premier snowboarding event, the Burton U.S. Open Snowboarding Championships. By day, experience world-class halfpipe and slopestyle competition, then at night keep the momentum high with FREE concerts, events and activities for all ages. A big thanks to the following partners for their support of the 36th edition of the Burton U.S. Open: Burton, Toyota, Town of Vail, Pacifico, Clif Bar & Company, Paul Mitchell, G-Shock, Microsoft Surface, Stoli, Rethink Water, Bose, Jack Daniels, Uber, Boa® and Vail Mountain.

About Vail Mountain
Under blue skies more than 300 days each year, Vail is an extraordinary mountain resort destination. The vacation experience is exceptional, from the awe-inspiring terrain and natural beauty of the surrounding Gore and Sawatch Ranges to world-class events, activities and festivals, shops and spas, and the abundant culinary experiences and luxurious accommodations that line the pedestrian-friendly streets of Vail Village and Lionshead. Vail is where outdoor pursuits meet village sophistication. Offering more than 5,200 acres of developed ski and snowboard terrain including seven legendary Back Bowls in winter, and flourishing with new summer activities through Epic Discovery, the options for year-round adventure are endless. Coupled with the vision inherent in the spirit of Vail’s founders, and a modern day commitment to excellence in all aspects of guest service and operations, Vail is a mountain resort like nothing on earth.