KHOMBU Brand Ambassador, Breezy Johnson has officially been named to the 2018 U.S. Olympic Team and will be competing for an Olympic gold medal in Pyeongchang, South Korea next month as the youngest member of the U.S. Olympic Alpine ski contingent.

KHOMBU, the innovative footwear and outerwear brand synonymous with function, fashion, performance and
exceptional quality for the outdoor category, proudly announced a partnership with Breezy Johnson in September
of 2017. The first female U.S. ski team member to partner with KHOMBU, Johnson is serving as the brand
ambassador for the Fall/Winter 2017-2018 season. 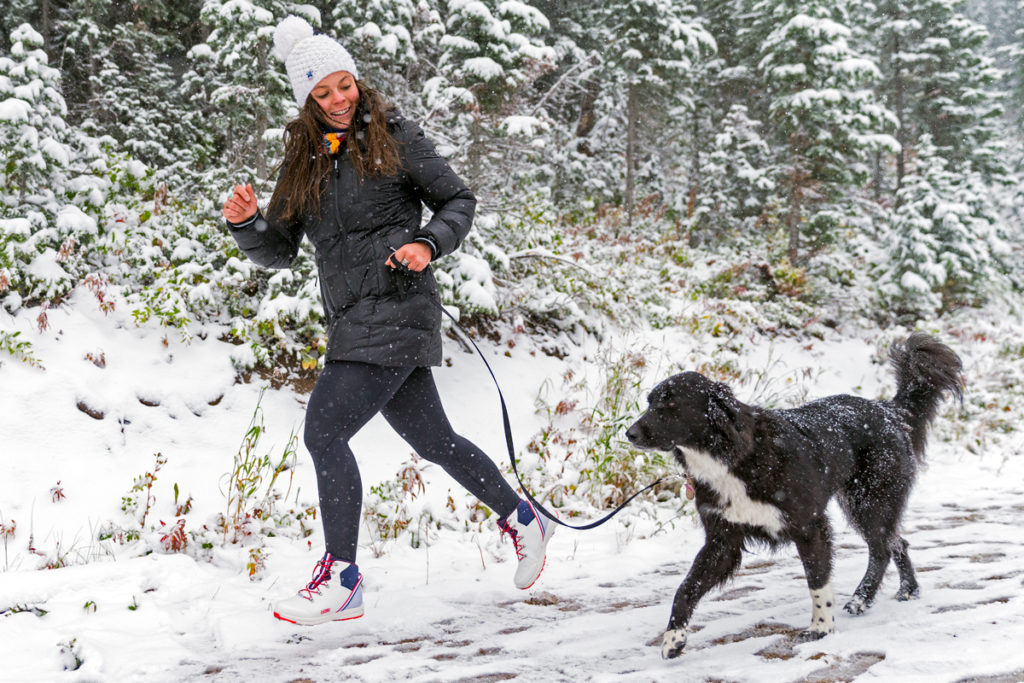 “We are honored to have Breezy as a part of the KHOMBU team and we look forward to cheering her on next
month! She is the embodiment of our brand’s spirit. Her adventurous competitive nature brings KHOMBU’s brand
DNA to life and highlights the closeness of our relationship with the entire U.S. Ski Team,” said Brandy K. McCarty,
Chief Marketing Officer, Global Brand Strategy for KHOMBU. Johnson’s partnership with KHOMBU includes
promoting, wearing and aiding in the design and development of the brand’s product.

Breezy Johnson, one of the youngest members on the U.S. Ski Team comments, “To say that I am thrilled to
compete at this year’s winter games in Pyeongchang is an understatement. As a brand ambassador for KHOMBU, I
have always been an admirer of the brand’s values and how well it aligns with my lifestyle especially as a frequent
traveller. Packing versatile pieces that are a combination of lightweight fashion and performance are essential for
me on the road, even more so for my life’s biggest adventure as a professional athlete.”
KHOMBU has a long partnership with the U.S. Ski Team and was recently dubbed the official supplier of après ski
boots to the U.S. Ski Team through 2024, further solidifying the brand as the fashionable performance footwear
brand for world-class skiers off the mountain.

Rowmark Academy grad Breezy Johnson spent only one winter training with the U.S Ski Team’s National Training
Group and qualified for the Development Team for the 2015 season. She finished fifth in the NorAm downhill
standings; landed 15th in downhill at the 2014 FIS Junior World Ski Championships and tallied up multiple Europa
Cup experiences.

For Johnson, 2016 was a season of firsts, including her first NorAm win, Europa Cup win, World Cup points and her
first national title. Not only did she score her first World Cup points, landing in 28th at the Garmisch Partenkirchen in
the downhill, but she also went on to secure the U.S National downhill title in Aspen at the season’s end.
In 2017 Johnson leapt through the rankings on the World Cup circuit finishing the season in 18th place in Downhill
and 36th in Super G. She notched several top 15 rankings, including 10th place in the Cortina d’Ampezzo Downhill.
She competed in her fist World Championships, the youngest member of the U.S. team, and finished with a 15th
place in the Downhill and 28th in the Super G. Johnson is hailed as the “next U.S. ski team star” and one to watch for
the upcoming 2018 Winter Olympics.

Born in adventure and raised in the city, KHOMBU is an outdoor lifestyle, footwear, outerwear and accessory brand
that reflects function, fashion, performance, exceptional quality and a commitment to community. Launched in
1969 as a waterproof brand designed for outdoor enthusiasts, the name KHOMBU originated in the Khombu Valley
near the base of Mount Everest and evolved into a year-round outdoor brand that delivers the ultimate in
performance gear. Khombu’s functional products are complimented by contemporary styling to meet today’s
outdoor lifestyle needs, from the mountain trails to the city streets. Khombu can be found at top tier global retail partners including fine department stores, specialty athletic retailers, national footwear retailers, online retailers, iconic independent retailers, as well as esteemed independent sporting goods outlets. For more information, visit www.khombu.com.