The sell-out flagship festival, which was founded by former Climbing Magazine owner, Julie Kennedy in 2008, offers the audience a taste of adventure through the lens, with a compelling program of more than 50 short films, panel discussions, community events, parties, and more during the four-day event. The festival has become a highlight on the adventure film industry calendar. The full program will be announced in late March, with tickets and festival passes on sale March 26, 2018.

Our Stories, Our Lands: This year 5Point’s festival theme will be “Our Stories, Our Lands” and will emphasize the importance and value of public lands. The theme is fitting not only on a national level as public lands use is under increasing debate by the US government. The theme is also tied to the festival on a personal level: On October 7, 2017, 5Point Film Festival founder, Julie Kennedy, and her husband Michael lost their son, Hayden. Hayden Kennedy was a bright light among the new generation of young alpinists. Michael and Julie Kennedy created the Hayden Kennedy Public Lands Defense Fund to honor their son’s love of outdoor adventure. Hayden was an accomplished climber and skier who cared deeply about America’s public lands.

Dream Project: 5Point’s Dream Project is a unique program which offers outstanding high school students from Aspen to Parachute, Colorado’s Roaring Fork Valley, the chance to explore their own personal boundaries and dreams. The five students that best exemplify 5Point’s five guiding principles will receive a $1500 scholarship to embark on a life-changing opportunity and follow their passions. Previous recipients of the grant have undertaken projects including leading a youth backpacking trip in the Roaring Fork Valley, take a cooking class in Denver, shadowed writers in New York, taught soccer in Puerto Rico, kayaked and performed malaria work in Uganda. Applicants can visit the 5Point website to submit an application, or obtain more information: http://5pointfilm.org/dream/applying. 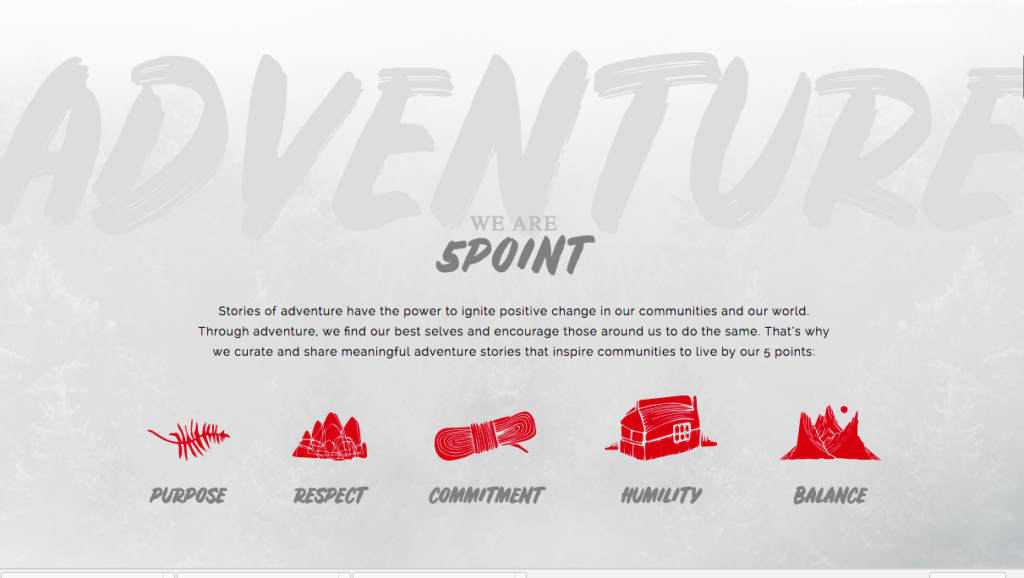 5Point Film Fund: 5Point is proud to be an industry leader with financial assistance for filmmakers. As well as offering grants specifically for film projects, 5Point provides financial support to bring filmmakers to the festival, to be part of the experience, connect with the audience and industry peers.

“We are proud to focus some of the attention at our festival this year on one of the biggest stars of our films: public lands. The genre of adventure film owes much to our public lands and this topic is one that is near and dear to our community and organization,” said Meaghan Lynch, Executive Director of 5Point Film. “We are also focused on inspiring young adventurers through our Dream Project teen scholarship program, and providing support to filmmakers with grants for production and travel available through the 5Point Film Fund: without the filmmakers, we wouldn’t be here.”

More information on ticket sales, passes and volunteer opportunities will be available at www.5pointfilm.com.

Established in 2008, 5Point Film is on a mission to inspire adventure of all kinds, to connect generations through shared experience, to engage passion with a conscience, and to educate through film. Creating various events, including an annual four-day film festival in Carbondale, CO and several events across the country, 5Point Film continues to deliver a unique film experience by drawing in passionate athletes, artists, filmmakers, films, and the community around short documentary adventure films. 5Point also facilitates the 5Point Film Fund, and organizes the Dream Project a student scholarship program for high school students.

1 thought on “5Point Adventure Film Festival Gears Up for 2018 Festival in Carbondale, April 19-22”